This post comes courtesy of a blog reader (Thank you S!) who asks:

'Could you give us the scoop on oil infused combs? Most of these combs are plastic. Can plastic combs be infused with oil? Is it possible that these combs can do what the propose?'

On my research trails, I found that there are a host of oil infused combs on offer with popular oils such as olive oil, argan oil and macadamia oil claimed to be infused into the comb. 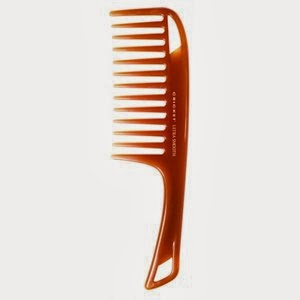 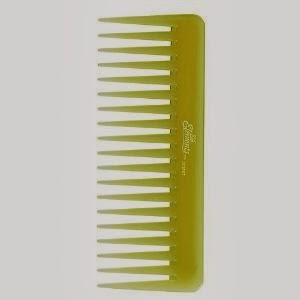 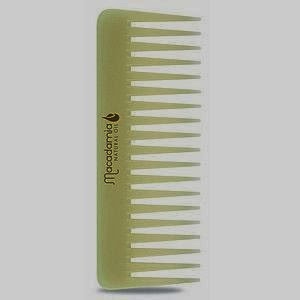 Claims:
-Hassle-free nourishment and tangle maintenance
-Detangles hair while adding shine and smoothness
-Oil treatment benefits with no residue on your hands
-Provides even distribution of Healing Oil Treatment


Q1: Can plastic combs be infused with oil

Yes it is possible to infuse plastic with an oil (Composites Science and Technology, pp 1135-1145, 2004). However, the oil in general has to be chemically modified to allow it to be able to be incorporated into the plastic. In essence, you do not have a reservoir of oil and plastic separately but rather just one piece of plastic. If you are a super geek, look up epoxidised soybean oil!

Q2: Can these combs do what they propose.

I have not found a single study by any of the companies that proves any of their claims. I am definitely open to seeing a study but until such time, I am resoundly calling oil infused combs for the purpose of releasing oil a GIMMICK (bold and all caps, just so you don't miss it :)).

There is no evidence that I have found to substantiate that an oil infused comb would actually release oil while detangling. I can certainly say that from a materials science perspective that it is possible that if you rub your hair against any plastic comb, it may be possible for plastic from that comb to be found in trace amounts (i.e super low levels, nothing that would actually constitute a coating of oil).

It is possible that the comb itself may be constructed well enough to allow good detangling but this is not necessarily anything to do with the oil infusion. A good comb will have good even teeth spacing, ideally be seamless so there are no snags and if it is plastic, it needs to have a degree of flexibility suitable for the hair type (e.g straight hair may deal better with a bendy comb while curly hair may deal better with a stiffer comb)

Conclusion: If you have bought and like your oil infused comb, keep it, enjoy it, bear in mind it is probably not releasing any oil so if you want some in your hair, add some to your hair. If you have not purchased such a comb, do so only because you like the structure of the comb, don't read the claims, they are RUBBISH (yes I typed it, published it and will not change my mind until I see some studies). However, if you want my comb recommendation, go for a Hercules Sagemann
Email Post