Natural Products: Why You Should Ignore 'Derived From' 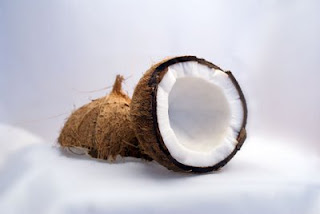 I am still working on the sulfate free shampoo and trying to figure out the best way to frame it for you. Another new realisation that I came to is that a small number of companies using the 'all natural' or 'organic' claims really harp on about where certain ingredients are derived from.

For example one product lists 'coconut oil derived surfactants'.  Someone may actually think that because it says 'coconut oil derived' it is therefore safe.  However, this ingredient listing is very meaningless. The truth is that in the cosmetic industry the vast majority of surfactants for both shampoos and conditioners come from three natural sources

I have previously discussed the industry standard for super clarifying although very harsh surfactants, SLS (sodium lauryl sulfate). However what I have not mentioned that it is made from coconut oil or palm oil and therefore is a 'coconut oil derived surfactant'.

Many SLS free shampoos contain cocamidopropylbetaine (sometimes called coco betaine). This is also a 'coconut oil derived surfactant' but it is significantly more gentle than SLS.

My tip of the day: Ignore the 'derived from' label, it could be hugely misleading. Look for the real ingredient name.