Curly vs Kinky : What is the difference?

Now kinky hair can also be curly but curly hair is not always necessarily kinky!  (Reader question from Ehizele on why some hair is more 'breakable' will follow soon!!)

Curly hair is simply a spiral or wave while kinky hair has a torsion twist (which can be felt as a permanent crimp) where the hair strand turns around itself (see the diagram). 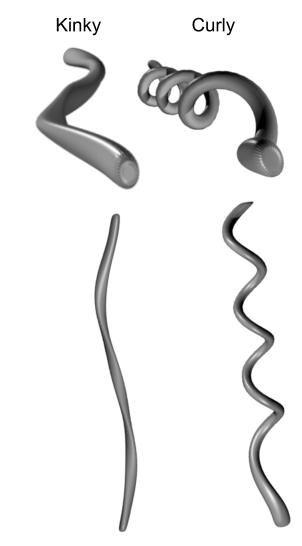 The torsion of kinky hair is basically the strand twisting around itself.  The simplest analogy would be the wringing of a cloth where you turn one side clockwise and the other anticlockwise.


Now kinky hair can be curly and have the same spiral turns in addition to the torsion twist. This creates the dominant type of hair seen among people of African origin - the kinky curly hair.  Going by the first analogy on a large scale think of it like wringing a sheet and then winding it around a large rod to form the curl. 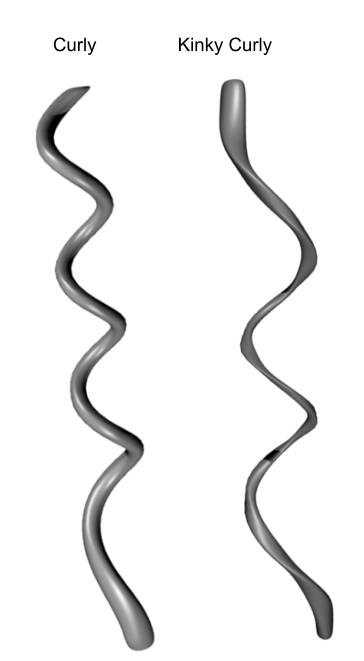